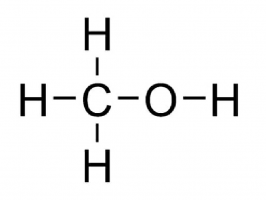 Why is Methanol an excellent replacement for traditional marine fuels?

Alternative fuels are sources of clean, inexhaustible and increasingly competitive energy. They differ from the traditional fossil fuels principally in diversity, abundance and potential use anywhere on the planet. They neither produce harmful greenhouse gases nor polluting emissions. Considering climate change, turning to clean energy development is vital to limit the most devastating effects. Some well-known alternative sources of fuels include- bio-diesel, bio-alcohol (like methanol, ethanol and butane), refuse-derived fuel, chemically stored electricity, hydrogen, non-fossil natural gas, propane and other biomass sources. Methanol and Ethanol are the primary sources of energy as they are the most convenient fuels for storing and transporting energy. These alcohols are best used in internal combustion engines as alternative fuels.

For several years, the researchers have collaborated with engineers to generate alternative fuels for the maritime sector. Based on important criteria such as sustainability, storability, profitability and scalability the researchers and methanol manufacturers in India, have selected methanol as the best alternative to transform the maritime sector to sustainable shipping.

Methanol is a very simple molecule that can be made from hydrogen oxide and carbon dioxide (however, the methanol manufacturers in India, find it more economical to use natural gas). Its property of being in the liquid state at atmospheric temperature is the biggest advantage for the needed infrastructure. The distribution, handling and bunkering systems of Methanol are very similar to those used for traditional marine fuels. It is much less expensive compared to the systems for managing gaseous fuels. The researchers and engineers have been testing methanol as a fuel for several years in different internal combustion engines test setups. The properties of methanol are favourable compared to traditional fuels. Moreover, the engines running on methanol have shown higher efficiency, low NOx emissions and almost no particulate matter emissions. Unlike some traditional marine fuels, methanol doesn’t contain sulphur

Methanol (CH3OH) also known as Wood Alcohol is considered an excellent alternative to fuel. As an Engine Fuel used for marine shipping, methanol manufacturers in India observed that it has chemical and physical properties very similar to ethanol.

Benefits of using Methanol as a fuel:

Methanol serves as an excellent alternative fuel for conventional transportation fuels. The benefits of switching to methanol include:

Conclusion: The transition to an energy system that is based on alternative renewable sources will have very positive economic consequences on the global economy and development. The cost of using methanol as a replacement for traditional Marine fuels is also falling at a sustainable rate whereas the general cost trend for fossil fuels is in the opposite direction. The growth in clean energies is unstoppable.